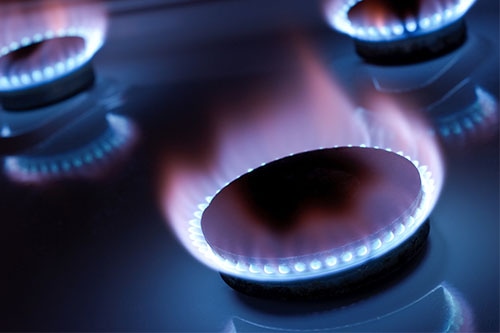 The type of fuel you use in your home or your vehicle can make a difference to your energy costs. In cities, most residences are limited to using natural gas because of existing infrastructure. But in rural areas, a choice is often available when it comes to home use.

Natural gas is actually a composite of several other gases, including propane in its raw state, but mostly consisting of methane. Propane sold to users is always in liquid form, and natural gas can be stored in several different forms, including liquefied natural gas.

Natural gas is usually piped in via underground utility lines, while propane is stored in an underground tank in your yard. Local utility rates will determine which option is cheaper, but understanding the differences in how the two gases are measured can help with the evaluation.

Prices for natural gas are usually listed per cubic foot, while propane is listed in price per gallon. The conversion between the two measurements is cumbersome, but most natural gas companies have calculators on their websites to make the conversion.

Natural gas, while it contains less energy per cubic foot than propane, is cheaper by volume and more readily available, so it will typically work out to be the cheaper option. Propane is also more susceptible to price spikes.

But the fuel cost isn’t the only factor. Some appliances will only work with one type of fuel, and would need to be adapted or completely replaced to work with the other fuel. And if a house is already set up for propane, converting to natural gas comes with several one-time costs.

Both propane and natural gas are considered environmentally friendly alternative fuels because they do not release emissions into the atmosphere during burning.