A Better Way To Go 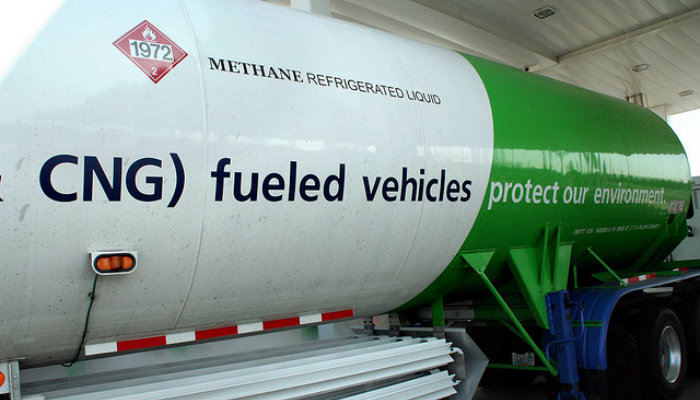 Gassing up the car is increasingly taking on new meaning in the Peach State and around the nation.

Use of natural gas for transportation is growing worldwide. In the next few years, North America is expected to see some of the fastest growth due to the fuel’s abundance and low cost here.

Up to now, Americans have been slow to adopt the natural gas vehicle (NGV) trend that has been popular in other natural gas-rich countries for several years. There are currently about 250,000 NGVs on the nation’s road today – less than 0.1% of total U.S. vehicles. Most of those are heavy- and medium-duty vehicles used as city transit buses, refuse trucks and delivery vans.

Sales of light-duty NGVs for personal transportation are on the upswing, however. U.S. carmakers are offering more natural gas-powered models. At the same time, refueling is becoming easier and more convenient as options for gassing up NGVs at home or at public stations increase throughout Georgia.

What is a natural gas vehicle?

How does a NGV compare to conventional vehicles?

The horsepower, acceleration and cruise speed of NGVs are comparable with those of equivalent conventional vehicles. Also, compared with conventional diesel and gasoline vehicles, NGVs offer other air-quality benefits.

What are the benefits of driving an NGV?

Fuel savings – The U.S. is a major producer of natural gas. This abundant domestic supply has driven down the price of natural gas, which typically keeps prices lower than that of oil or other alternative energy sources.

Environmental benefits – Some studies indicate they produce up to 90% fewer emissions than conventional fuels and reduce greenhouse gases 20-29% over diesel and gasoline.

Reduced maintenance costs – In some cases, oil change intervals for NGVs may be extended since natural gas burns cleaner than gasoline or diesel. Also, because natural gas engines have practically no carbon build-up, it is not uncommon for them to last longer than gasoline and diesel engines.

How long have NGVs been around?

The use of natural gas as a vehicle fuel in Italy in the 1930s, followed by New Zealand in the 1980s. It has been used as a fuel for U.S. fleet vehicles for more than a decade.

Where are NGVs more commonly driven?

The U.S. trails behind many other countries in its use of natural gas-powered vehicles. Worldwide, there were about 24.5 million NGVs by 2016, led by China (5 million), Iran (4 million), India and Pakistan (3 million), and Argentina (2.2 million). Brazil and Italy also have more than 1 million each on their roads.

Where can I buy an NGV?

Honda, GM and Dodge are currently manufacturing NGV sedans and pickup trucks for personal transportation. Check with local dealers for pricing and options. There are also a number of conversion options for light-duty vehicles.

If I buy an NGV, where can I refuel it?

NGV owners also have the option of purchasing their own refueling appliance, which provides the convenience of gassing up right in their own driveway. Walton Gas customers can have these appliances connected to the existing natural gas line at your house. Many say they are as easy and safe to operate as a gas range.