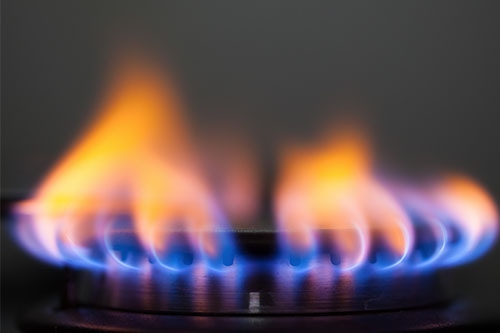 Once you are a homeowner, you might find yourself faced with the choice between a gas stove and an electric stove. More often than not, you’ll simply go with what has already been installed in the kitchen. But before you settle on one or the other, it is important to weigh the pros and cons of each one.

Ask the opinion of a professional cook and they’ll likely endorse the versatility of gas stove tops, which allow them to quickly and accurately adjust the level of heat while cooking. Gas stove tops provide more even heat for cooking, and are generally able to change temperature more rapidly. The flame from electric stove tops also heats the bottom and sides of the pans, allowing for faster cooking of your food.

On top of that, natural gas is an abundant resource that is relatively inexpensive.

With that said, purchasing and installing a gas stove can often be more expensive than an electric stove. You also run the risk of a potential gas leak if you’re not careful.

Electric stoves are the more common choice in modern homes, in large part because of the less expensive purchase price and ease of installation. In addition to being easier to clean, electric stoves are more stable for pots, also providing additional counter space when not in use. Additional fans and grillers are among the additional functions you might find on an electric stove top.

But electric stoves are not without their drawbacks. They’re typically slower to cool when a burner is turned down or off, and are inoperable in the event of a power outage.

Ultimately, your choice comes down to which option is more in tune with your style of cooking, and how much of a financial investment you’re willing to make when assembling your perfect kitchen.