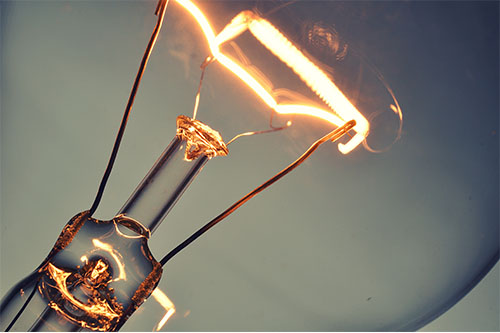 Conserving energy is something that most of us strive for. But there are quite a few popular misconceptions about how to reduce the amount of electricity you use. By examining a few of the most common myths here, more people can become better educated on how to best conserve energy, rather than relying on misconceptions that have been debunked over the years.

Myth: Leaving the lights on is better than shutting them off, considering how much energy is required to turn them on in the first place.

This myth was fact several years ago, before manufacturers stopping using activators in florescent lights. The activator required a significant amount of energy to start the light, estimated to be about 15 minutes worth of light. Modern florescent lights are much more conservative, requiring less than one second of light when turned on. So be sure to turn the lights out when you leave a room!

This is not true, because lowering the temperature reduces the amount of cycles for the heating or air conditioning system. The few hours that the system runs, the less energy is used. To avoid freezing the pipes, don’t turn the heat completely off, but keeping it at a lower temperature when no one is around will help conserve more energy.

Myth: You no longer have to turn off office equipment, in large part because of technological advances that have allowed these machines to become more energy efficient.

While these machines are idle, most of them are still functioning at full power, ready and waiting to be used. Even computer screensavers are not as efficient as you might think. At the very least, turn off the monitor or shut down all unneeded machines overnight, during the weekends or while on vacation.