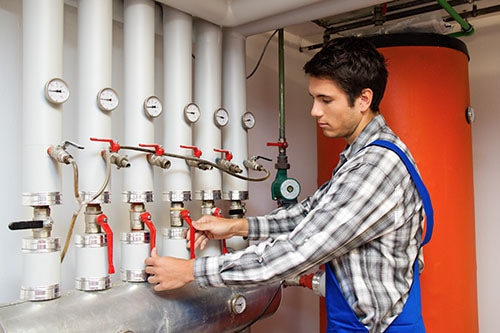 Throughout the 1900s, the mobility of natural gas increased and it was impossible for local governments to control. While state government ordered regulation for a while, the US federal government became directly involved in the regulation of interstate natural gas when they passed the Natural Gas Act in 1938. This act gave the Federal Power Commissions ruling over the natural gas sales regulation. They specified that no new interstate pipeline could be built to deliver gas into a market already served by another pipeline.

In response to the 1970s natural gas shortage, Congress passed the Natural Gas Policy Act. This piece of legislation set maximum lawful prices for the wellhead sale of natural gas and broke down barriers between intrastate and interstate markets in order to create a single national natural gas market. Under the Natural Gas Policy Act, the deregulation of natural gas sale prices at the wellhead had begun. The deregulation of wellhead prices was completed in 1989 when Congress passed the Natural Gas Wellhead Decontrol Act that appealed all remaining regulated prices on wellhead sales. Since 1992, pipelines have been required to separate their transportation and sales services so customers are given a choice about providers for their gas sales, transportation, and storage services.

The natural gas industry has seen many ups and downs throughout the course of regulation. After starting with no regulation, having many rules and boundaries, then back to deregulation, it is apparent that the need for regulating legislation continues to change as the market itself evolves.