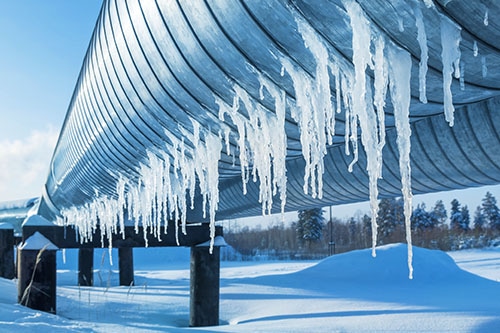 An unseasonably cold winter has many implications, one being the increased demand for natural gas to heat homes across the country. Due to this drastic demand, it is no surprise that working gas in storage is much lower than last year. The U.S. Energy Information Administration recently reported that natural gas totaled 1.44 trillion cubic feet, while the same period last year totaled 2.42 trillion cubic feet. These low storage numbers continue to drop below the EIA’s five-year calculations.

Stocks and natural gas prices have been affected by this inventory decline. Consumers were forced to pay a five-year high of $6.15 per billion BTUs (British thermal units) in late February. In just a week’s time, the prices had increased almost $.50. Large natural gas producers in the United States are seeing the effects as well. Exxon Mobil Corporation was up about 0.8%, Chesapeake Energy Corp. was up 0.2% and EOG Resources Inc. was up 0.9%. Additionally, The U.S. Natural Gas Fun, which tracks spot prices, was down 0.6%, whereas The Market Vector Oil Services ETF, which includes major drillers and service companies, was up 0.4%.

However, the anticipation of warmer temperatures will lessen prices. Stephen Schork, President of Schork Group Inc., a consulting group in Pennsylvania explains, “This is a pretty good sign the run-up has run its course. Demand is going to remain strong, but we are at the end of the season and prices aren’t reacting the way they would have a month ago. At these prices, production is going to be very strong.”  The beginning of March marked the first monthly decline since September and futures dropped 25 percent, one of the biggest one-week price drops since 1996.

Although this winter was one of highs and lows, the spring forecasts look promising and has again led to a decline in natural gas futures.