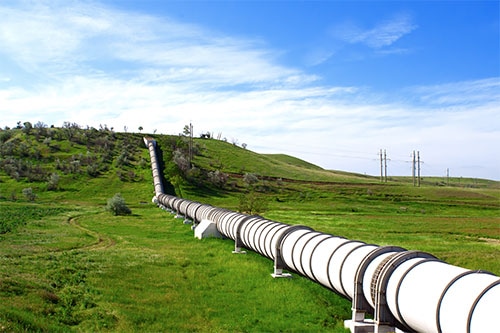 The United States is likely to be the new leader in natural gas production[/caption] The gap between leaders in the natural gas Industry, by country, is predicted to widen. When it comes to natural gas industry and production by country, The U.S. Energy Information Administration predicts the U.S. will be the world’s top producer of natural gas hydrocarbons and petroleum, by the end of this year. The previous leaders in the natural gas industry and of its production, Russia and Saudi Arabia, have each increased their hydrocarbon output by about 1 quadrillion Btu over the past five years. Thanks to unprecedented growth in petroleum production in both Texas and North Dakota since 2008, U.S. has increased production by 7 quadrillion Btu. Another 3 quadrillion Btu in the U.S. natural gas industry, over the same period, has come from the eastern United States. As leaders in natural gas production, the U.S., Russia, and Saudi Arabia will be looking for more efficient ways to store this proverbial gold mine. How big is the lead? These numbers are often very difficult to gauge due to inaccurate conversions in energy contents of crude oil, condensates, and natural gases produced in these countries, but ratio speaks clearly. Minus the inclusion of biofuels and refinery gain, which is also in question and a tough measurement, the production champion stands out. The United States is expected to out produce Russia by about 5 quadrillion Btu, with 1 quadrillion Btu being the leeway, and with the advancements in efficiency and abilities, the U.S. should be looking to further increase its’ natural gas production as well as, balancing its usage of energy in natural gasses favor. Where do we go from here? The enormous growth of production numbers, especially in comparison to one year ago, will crush the 2011 and 2012 numbers which put the United States and Russia within 1 quadrillion Btu of one another. The sporadic growth since 2008 has not slowed and the gap could continue to widen into the upcoming decade.