What is Liquefied Natural Gas? 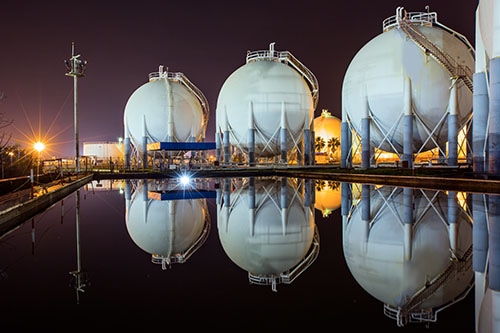 So What is Liquefied Natural Gas?

Liquefied natural gas consists of the cooling of natural gas at -260°F. At that temperature combined with standard pressure the condensation that the gas generates will progress into a liquid form. The liquid form sparks many more questions about the ways in which the economy can benefit from this transformation. Most of those familiar with natural gas are well aware of the combustible threats that the gas can pose. However, liquefied natural gas is less likely to cause an issue with explosions. When the gas transitions to the liquefied matter it is eliminating the oxygen, carbon dioxide, sulfur and water from the composite. The next debate is the process in which the world’s economy can operate more easily with liquefied natural gas. The liquefied natural gas makes it much easier for trucks and ships to transport the matter. Rather than the domesticating the valuable resources to designated areas around the world with the use of pipelines, LNG is able to allow a more portable and remote movement of the gas. Specialized tankers have the ability to provide an insulated tank to stabilize the gas and maintain its liquid format while it’s being transported to its ultimate destination. This grants more efficient access to all who seek the profits of one of the earth’s most valuable resources. As it has been said many times before, natural gas comes in a variety of ways to be used. Liquefied natural gas is one of the most intelligent revelations in the rapid discoveries of its uses and benefits to date.