Where The Fun Never Ends 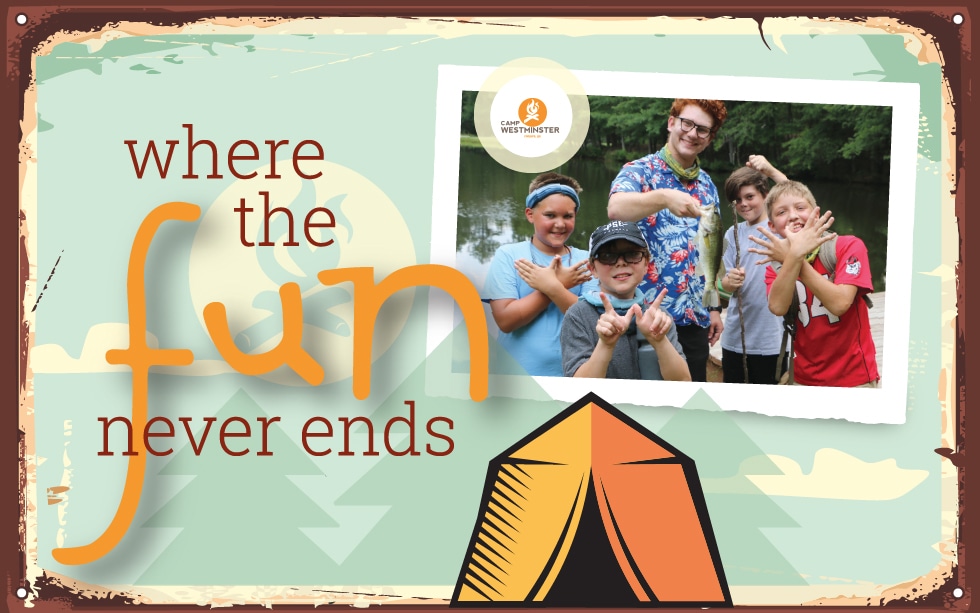 Horseback riding and fishing. Cooking and crafts. Ziplining and paintball. From mild to wild, there’s an activity to engage nearly every kid at Camp Westminster.

But it’s not the broad menu of activities that keeps youths ages 6-16 coming back summer after summer, says Andy Rogers, director of the non-denominational Christian camp that is marking its 66th consecutive year in operation in 2021.

“We have a lot of popular activities, but again and again campers tell us it’s the relationships with our counselors and other campers that bring them back year after year,” said Rogers, a former youth pastor who has been at the operation’s helm for 14 years.

Camp Westminster, a Walton Gas customer since 2009, is situated in 144 acres of woodland in Rockdale County. Over 20 sessions scheduled in June and July, he camp offers a mix of weeklong overnight, day and special interest camps.

The camp welcomes about 1,000 campers during an average summer. Of those, 65 percent are returning campers. Most participants hail from the Atlanta area with a few coming from other parts of Georgia or out of state.

“All of our campers are unplugged while at camp,” Rogers said, explaining that mobile phones and other Wi-Fi devices must be left at home or surrendered upon arrival.

Disconnecting from the internet can benefit campers mentally, physically and emotionally. Getting outside and enjoying real face-to-face relationships with others results in “five days of more laughter and more excitement for these kids,” Rogers said.

Also important to the camping experience is the staff. In addition to nine permanent staff members, the camp employs 55 to 70 summer counselors to supervise and guide campers. About half of those are typically former Camp Westminster participants.

“I just hired a young woman for this summer who camped here for 11 years,” said Rogers.

Even when many summer activities for kids were cancelled last summer, the fun didn’t stop at Camp Westminster. The camp’s staff doubled down on cleaning and safety protocols so that campers could remain healthy while having a good time. Plus, social distancing was easy to maintain during outdoor activities, which occupy much of the daily schedule. Rogers is proud to point out that all campers and staff made it through the entire camping season without a single case of COVID-19 being reported.

Activities at the camp aren’t limited to a few weeks in the summer, either. From August through late May, the facilities are used as a location for private functions such as church retreats and school outings.

“In a normal year, we’ll have 45 to 50 individual groups that will come out,” said Rogers.

The camp is also opened for family camping sessions a few weekends each year. Horseback riding lessons are taught year-round from the Camp Westminster stables.

Registration for summer camp sessions are now underway at the Camp Westminster website, campwestminster.org. Session descriptions, daily activity schedules and information about other opportunities at Camp Westminster are detailed.